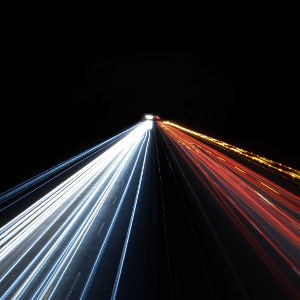 RolandKing (MIKE HUCKABY)
“Imagine this. You have a shot at playing overseas for your very first time. The promoter tells you that they can get you some gigs but they can’t pay for your flight, and that the fee is small. What would you do? Go, or decline and wait for a superstar DJ who isn’t even interested in you to take you under his wing one day? That’s like a blind man in a dark room searching for a black cat. You decide… your answer will determine whether you are a follower, leader or an innovator. Either way, accept your answer.”

TajBell
has been an active vocalist and artist emerging out of the Detroit local electronic music scene since 1994. Her most recent involvement is a project called D-Bass, a combination of dub basslines and etheric vocals. Taj has been studying traditional south Indian music for a year. Fusing Hindi scales with minimal beats is her latest experimentation. Her hopes are to study more intensely in South India next year.

Kwame
emerged out of the Detroit electronic scene in 1993, spinning a variation of electro, jungle and house music for Detroit’s underground dance culture. Most recently Kwame has been producing tracks for local hip-hop talent and is in the process of starting a Detroit-based jungle label.

JohnWilliams
has been writing music since the age sixteen. “I’ve been trying to be patient in the studio- paying more attention to production, the use of effects and the placement of sound. It’s been an evolution.” In the mid-90′s he sang lead for a local ska band, The Exceptions, and released 2 CDs and various comps with them. John also spins electronic music under the name Bileebob and has released tracks on THROW and the first Theorem LP (+8 Rec).

Theorem
An exponent of Detroit’s early 90′s techno energy, Theorem (better known as Dale Lawrence) clearly understands the history at hand behind the words Detroit Techno. Keenly influenced by the talents of Kenny Larkin, Carl Craig and Richie Hawtin, Lawrence animates movement through his machines. Detroit is home for Lawrence: a decayed city, mixing the warm and cold realities of machines and architecture in harmony. His trek towards techno began from a synth-pop background working with a few bands in the late eighties. Via the airwaves and underground parties in Detroit, his attention to techno grew at the turn of the decade, realizing what grabbed his ears was actually from home.

GregCampbell
has been a music enthusiast since the early 80′s and took that influence to build his own studio. He has collaborated with artists such as Dale Lawrence, John Williams and Lisa Ross. His projects remain personal.

LisaRoss
experiments with electronic music in multi channel formats. She has been dabbling with sequencing since the early ’90s. Her interests led her to devote life to an audio/video field and she hopes to focus her efforts on locking music to picture.

TonyOllivierra
This Detroit producer started his premiere DJ residency at Ann Arbor’s legendary Nectarine Ballroom in 1991. Specializing in hip-hop, house and classics of all genres, he got hired at Detroit’s St Andrews/The Shelter in 1992. Tony has recorded various projects as DJ Slym Fas with Intangible Records (Detroit) and Studio K-7 (Berlin). He now prepares his unique brand of dance music and hip-hop for release on his own Dynamite Soul imprint.